To kick the year off, I’ll be joining with Carrie’s L.M. Montgomery Reading challenge – rereading one of the Anne books (I’m not sure which) and possibly making another Anne outfit for “Black Anne”, my American girl doll (named thus because I happen to own Addy, the original black American girl doll). I also may or may not find and read a book about Lucy Maud from my local library. It’s certainly not too late to participate yourself – check out Carrie’s opening post at Reading to Know. 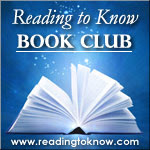 Participation in the L.M. Montgomery challenge happily doubles as participation in the RTK Classics bookclub – a monthly classics book club that participants are welcome to jump into for as many or as few months as they choose. We’re going with relatively short books this year, since most of the participants are busy moms. I hope to participate as often as possible – and will be hosting the November reading of Grimm’s Fairy Tales (I’ve started reading already – but you’ll be welcome to read only a few tales if you want to, so consider joining in at least for my month :-P). To see the complete list of reading selections for 2015, check out this introductory post.

The other challenge I know I’ll be wanting to participate in this year is Barbara’s Laura Ingalls Wilder reading challenge in February. I plan to read Farmer Boy and to make as many Farmer Boy inspired recipes as possible! Learn more about Barbara’s challenge here.

Apart from those, I’m laying low – except, of course, that I continue my ongoing quest to read every book in my local library (except the ones I don’t read.) I haven’t tallied my numbers or blogged progress recently, but I’m definitely still going strong!

“The peculiar quality of the ‘joy’ in successful Fantasy can thus be explained as a sudden glimpse of the underlying reality or truth….in the ‘eucatastrophe’ we see in a brief vision that the answer may be greater—it may be a far-off gleam or echo of evangelium in the real world….The Birth of Christ is the eucatastrophe of Man’s history. The Resurrection is the eucatastrophe of the story of the Incarnation. This story begins and ends in joy. It has pre-eminently the ‘inner consistency of reality.’ There is no tale ever told that men would rather find was true, and none which so many sceptical men have accepted as true on its own merits….”

~J.R.R. Tolkien from “On Fairy Stories”

J.R.R. Tolkien writes of the delight of fairy stories, of glimpsing truth in fiction. He sees the fairy tale’s “eucatastrophe” or “sudden and favorable resolution of events in a story; a happy ending” as a foretaste (or backtaste, as it were) of the great turning points of human history: the Incarnation of Christ and His subsequent Resurrection.

I love how clearly that can be seen in George MacDonald’s The Princess and the Goblin. The Princess and the Goblin is story, not allegory. Yet at every turn, it gives glimpses of something true, something beyond this world. And is that not what fairy tales ought to do? They ought to take us outside of our worlds such that we would see our world with new eyes and love truths that we did not cherish when stated propositionally.

Did you read The Princess and the Goblin along with the Reading to Know Classics Bookclub this last month? Check out the conclusion post at RTK to read the rest of my thoughts – and to link up your own!

Put this title among the “movies I didn’t know were based on a book.”

I watched the 101 Dalmatians as a child, but don’t remember anything beyond the basic storyline – so I can’t at all remark on the differences between the book and the movie.

What I can remark on is how very delightful this book is.

The story is told in third person omniscient, primarily following Pongo and Missus, the mother and father dalmatians who go off to search for their fifteen missing pups.

Pongo is a quite intelligent dog, capable of understanding most human speech and of engaging in higher reasoning. It is he who puts two and two together and figures out that it is Cruella de Vil who has stolen the puppies – and that she intends not to sell them but to turn them into furs!

Missus is a simple but loving dog who doesn’t know her right paw from her left and who can be a bit vain; but who valiantly protects her children.

Watching the relationship between Pongo and Missus was definitely my favorite part of the book – Pongo eager to protect his wife, Missus eager to help her husband. Again and again along their journey, one or the other meets a trial of some sort (whether a child that makes them very angry, an injury, or simply the lack of food) and the two rely upon one another to sort through their various emotions, thoughts, and reactions. The two reflect a marriage not often seen in fiction – and especially not in children’s fiction (where many parents seem absent) – a marriage of true partnership and service. It was beautiful.

Of course, I couldn’t help but notice a bit of old-fashioned sexism – not just in Pongo and Missus’s relative levels of intelligence but in the way the girl and boy pups are described as able or not able to tolerate cold and so on. I suppose I could raise a stink about it and let it spoil the story for me – but I don’t feel up to ire, and there are so many strong redeeming values to this story that make that smudge fade into the background. While Missus is not incredibly intelligent, she is not entirely a stereotype – and she has plenty of admirable qualities. So I’m ignoring the occasional chauvinism and choosing to just enjoy this book.

And enjoy it I did. A couple particularly enjoyable notes:

Cruella’s cloak is described (several times) as an “absolutely simple white mink cloak” – in a fascinating and no-longer-common use of the word simple.

When the dogs come up with the splendid idea of disguising themselves with soot, there’s a little wordplay with “soot” and “suit”.

So, should you read The 101 Dalmatians?

Yes, yes you should.

Rating: 4 stars
Category: Children’s animal story
Synopsis: The married Pongo and Missus take off on a wild adventure to retrieve their stolen litter of 15 dalmatians – and end up with even more than the handful they expected.
Recommendation: A wonderful book for reading to oneself or aloud.

I knew I was going to like L.M. Montgomery’s The Blue Castle when I got to a line in the second paragraph that I could identify with oh-so-well:

“One does not sleep well, sometimes, when one is twenty-nine on the morrow, and unmarried, in a community and connection where the unmarried are simply those who have failed to get a man.”

Not that I’ve ever been on the cusp of twenty-nine and unmarried. Or that I’ve been in a community and a connection where the unmarried are simply those who have failed to get a man.

But I have been 27 and unmarried, feeling like I was simply one who had failed to get a man. I, like Valancy, “had never quite relinquished a certain pitiful, shamed, little hope that Romance would come [my] way yet.” Until I was 27 and talking to a mortgage officer about a home loan. Then, I felt sure that I’d given up hope.

I was entirely sympathetic with Valancy’s plight.

Then I got to the fourth page, where I learned of the blue castle in Spain, the daydream Valancy had been escaping to since she was a young girl. I knew at that point that Valancy and I would be kindred spirits.

I had no drab existence (at least, not in the sense of a yellow-painted floor with a hideous hooked rug and ancient photos of relatives I don’t know hung within my bedroom) or unloving childhood to escape from–but I took refuge in my own blue castles nonetheless.

Like Valancy, I decorated my castle and imagined romances for myself. I had a series of “lovers” (only one at a time, of course, like Valancy did) who each faded away as a new story presented itself to my mind.

I was never a shy child or a shy woman who cowed under the censure of a strong-willed family. I never had a dull life, was never colorless or mousy. I was not one bit like Valancy in personality or family circumstance–only in singleness and dreaming.

Thankfully, Valancy doesn’t stay a single doormouse caught up in her dreams (that’d be a rather boring book, wouldn’t it?) Instead, she receives some news that shocks her out of her complacency and compels her to start living real life.

She starts saying and doing the things she’s been thinking for so long. She throws the jar of mouldy potpouri that’s been sitting in her bedroom out the window and against the building next door: “I’m sick of the fragrance of dead things.” She announces to a dinner party of assembled family that “the greatest happiness is to sneeze when you want to.” And she moves out of her widowed mother and aunt’s house and into the home of a widowed man and his dying daughter.

And then she moves into her blue castle and building her own life–discovering along the way that her castle is a little different than she’d dreamed all along, and so much more wonderful. (I identify with this discovery completely.)

And then comes the second great shock of her life–a shock great enough to overthrow everything she’d been building for the past year (du-duh-DUH!)

I liked this book. I really, really did. And I think others will as well.

Rating: 4 stars
Category: Fiction/Romance
Synopsis: The only interesting thing in dull, mousy Valancy Stirling’s life is her dream world–the “Blue Castle” in Spain. But shocking news changes everything for her and she suddenly starts shocking everyone else by building a real life for herself–in anything but a dull, mousy way.
Recommendation: Definitely worth reading if you like romances (of the unsmutty variety) or L.M. Montgomery

I read this as a part of Carrie’s Reading to Know Classics Book Club and the L.M. Montgomery Reading Challenge–which means you don’t have to take my word on the book as the final word. All sorts of other bloggers are reading and writing up their thoughts on The Blue Castle. Check them out!