Prompt #13: “Do you remember having the chicken pox, mumps, or any other childhood diseases? Were you ever seriously ill as a child? How did your mother take care of you?”

We were vaccinated and managed to avoid measles, mumps, rubella. We also managed to escape chronic ear infections, that scourge of infancy.

What we were unable to avoid was chicken pox.

We got the pox.

And then we got it again.

And then again a third time.

I only vaguely remember Pox #1 and Pox #2. They were brief incidents with a few spots sprinkled about. 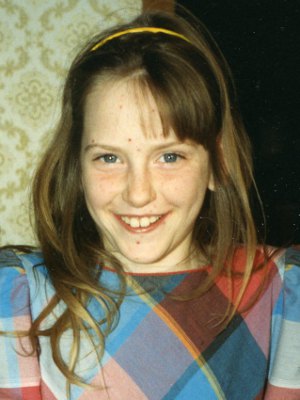 Me with Pox #3 (My third case, for my ninth birthday)

It was eighteen years ago. I was eight and we were experiencing an unseasonably warm March (perhaps a little like this March?) We kids wanted nothing more than to be outside after a winter of being cooped up, all six of us and Mom, in the house doing schoolwork.

But we weren’t allowed to go outside.

Sunlight was bad for kids who had chicken pox.

We couldn’t spend too much time in the sunlight.

We were, however, allowed to ride our bikes to our friends’ houses to explain to them why we wouldn’t be able to play. Then we had to go right back home.

We kids were a bit concerned when we learned that our having the chickenpox might mean bad news for the new baby. The new baby might not be able to fight off the chickenpox–and it could make her very ill.

We kids kept busy preparing a birthday party for me. My birthday was on the fourteenth of March, and our friends were going to be on Spring Break that week. We desperately wanted to have a party–and hoped that we would be scabbed over in time for our child-directed party to commence according to schedule. 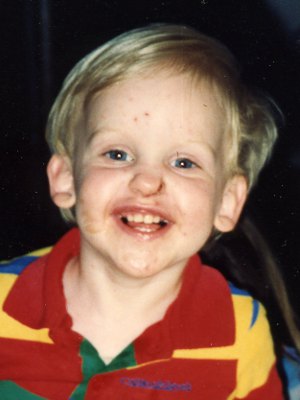 Tim with Pox #3 (His first case, just shy of his second birthday)

So we gathered our friends and had our party, playing games in our large backyard before enjoying some cake served from the back porch.

A week and a day later, our baby sister was born, safe from the chicken pox that had earlier ravaged our household. 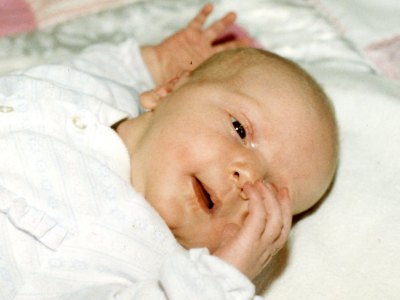 Grace’s birthday present from all of us was immunity, apparently

After being exposed approximately every year after age four, Grace finally was vaccinated before starting high school at the public school.

Our best guess was that she somehow managed to develop immunity pre-birth or shortly thereafter, what with seven cases of chicken pox in the house a couple of weeks before her birth.

4 thoughts on “Flashback: A Pox on Me”