What with my brother and sister-in-law’s rushed wedding only two weeks after their engagement, we didn’t have time to prepare their wedding quilt in advance.

What’s more, unlike with my other sister-in-law, I didn’t really know enough about Kaytee’s taste to be able to choose a pattern and colors for her.

I figured we’d go with a log cabin design and that I’d let Kaytee pick which macro-design to use. What I wasn’t think about was how Kaytee, not being a quilter, would have a hard time visualizing the finished product from the schematics in the book I’d handed her–which meant that instead of looking at the schematics, she looked at the photos.

She fell in love with a particular design that, unfortunately, contained over 50 patchwork pieces per block and didn’t lend itself well to strip piecing.

My mom and I both looked over the pattern to see if we thought there was ANY possibility that we could do it–and we concluded that it was impossible.

So, I trotted off to the library to look through every quilting book and magazine there. I was looking for something similar to what she’d chosen–but that would simpler to put together.

I found a design and got to tweaking, working up a dozen different variations to present to Kaytee for a decision.

I tried a modified wedding ring design (made with square and rectangular patches instead of curved lines). 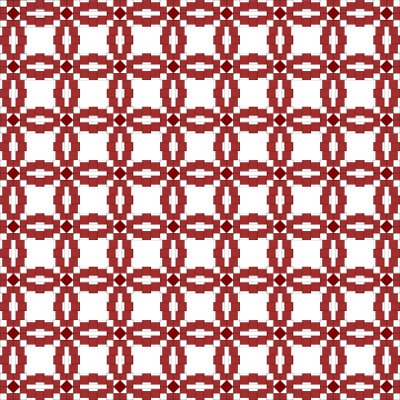 I adjusted it to have a slightly different colored border. 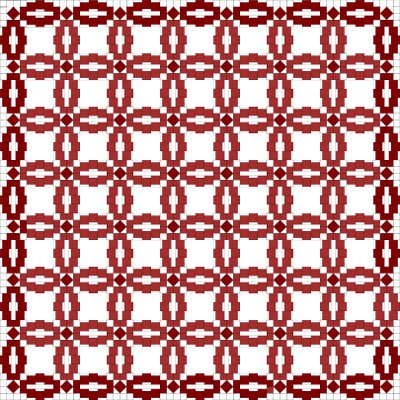 I set the blocks on point. 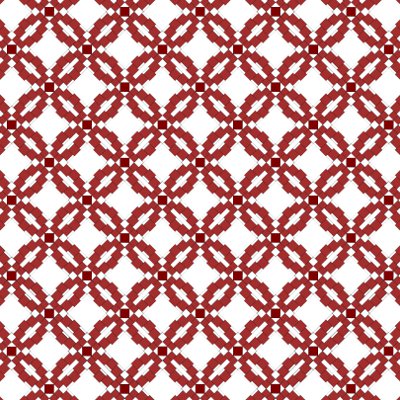 I tried one variation on a border. 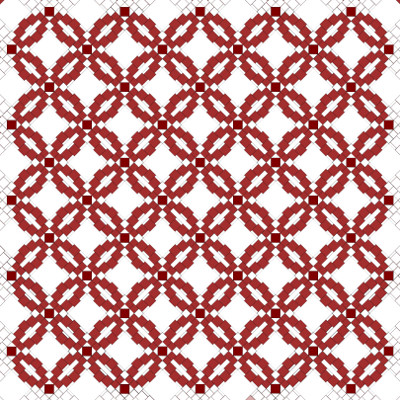 I tried another variation on the border. 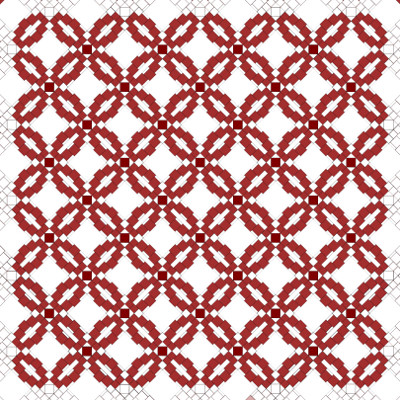 Now a completely different variation for the border. 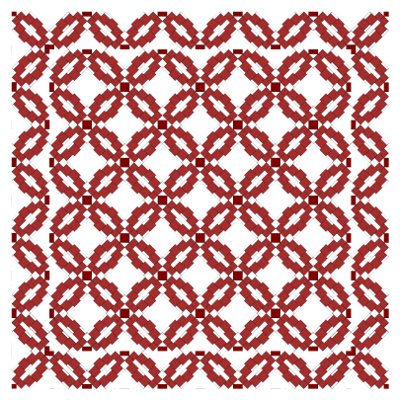 What if I make the main body of the quilt a different color? 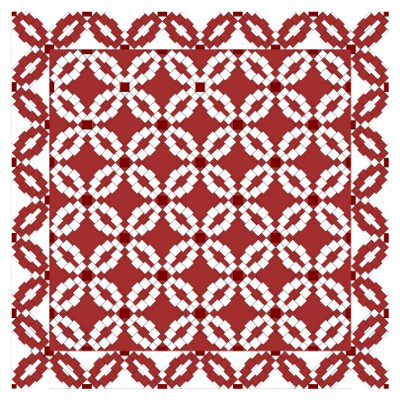 Or maybe if I put a sash between the main body of the quilt and the border? 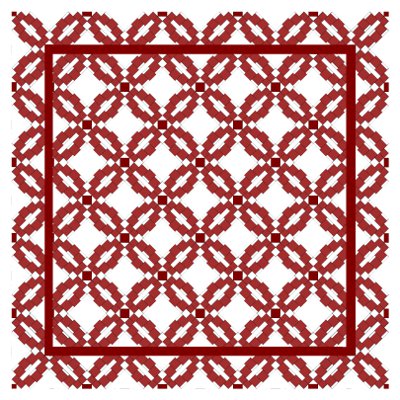 On a whim, I went back to variation 5 and tried it with two different colors. 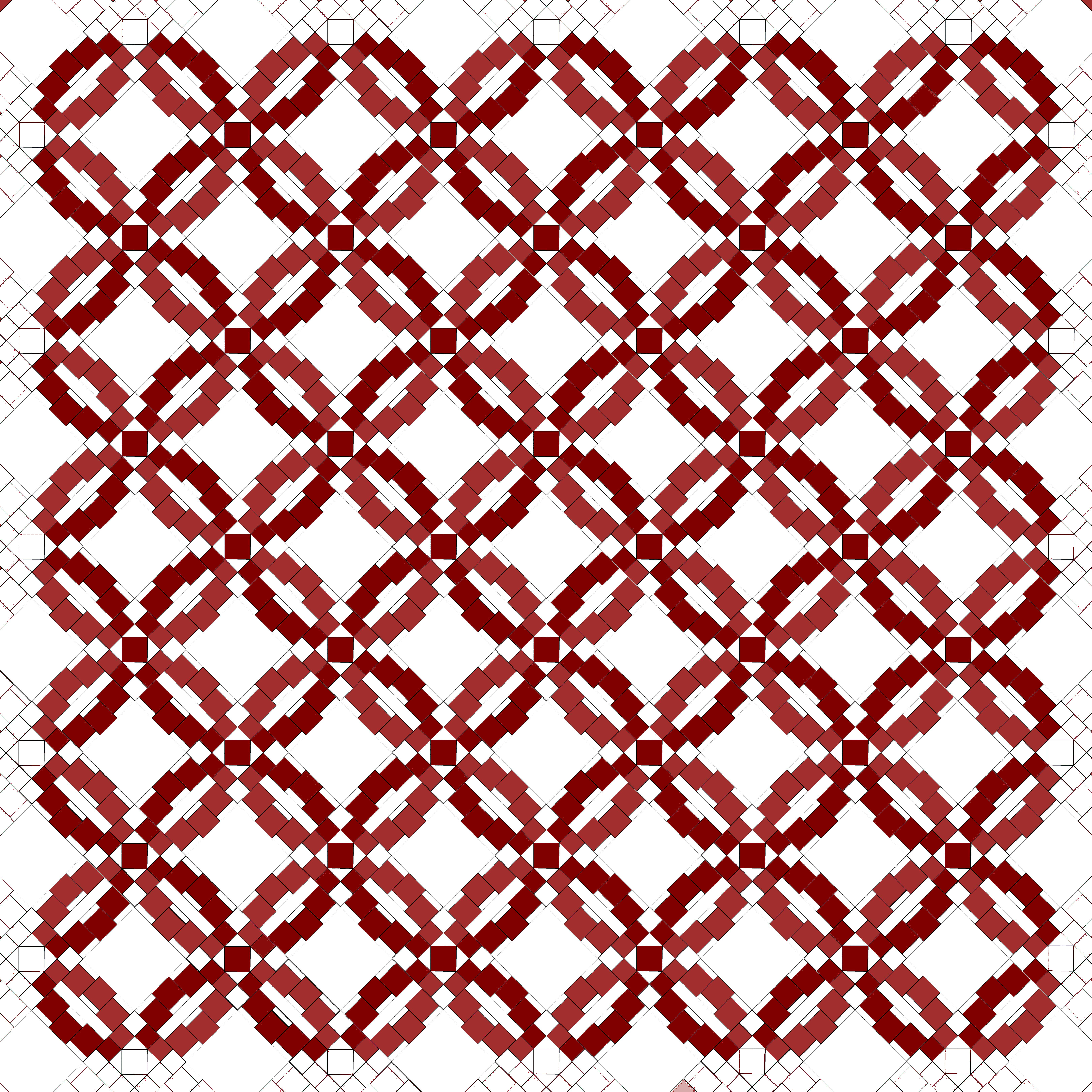 Ooo–I liked how that made the ring pattern pop. I tried the same technique on variation 6. 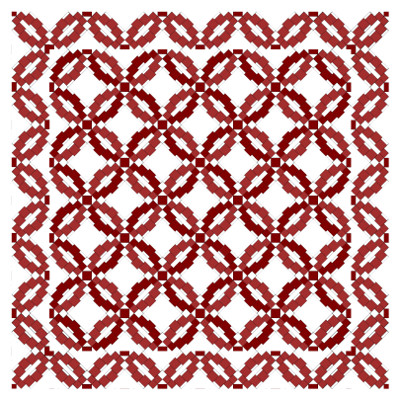 By now my juices were really flowing. What if I change the border so and adjust the rings so and… 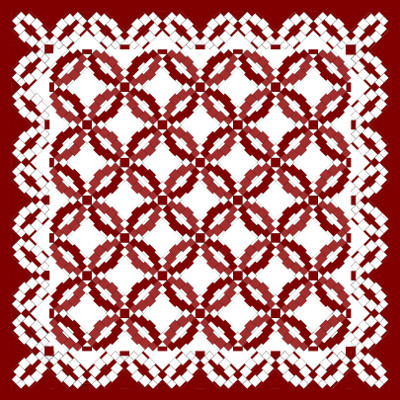 I was on a roll, but I really needed to get off the computer and help Mom prepare for the party we were throwing to introduce Kaytee (sans John) to the family.

Right before the party got into full swing, I broke the bad news to Kaytee. We wouldn’t be able to do the quilt she’d originally picked out. She was disappointed until I brought her into Mom’s office to see the options we’d come up with.

It didn’t take her long to pick one–and not long afterwards, I was adjusting the colors to what Kaytee’d identified as her preferences.

We have a plan. Mom and Kaytee will be shopping later today for blue and brown fabrics. 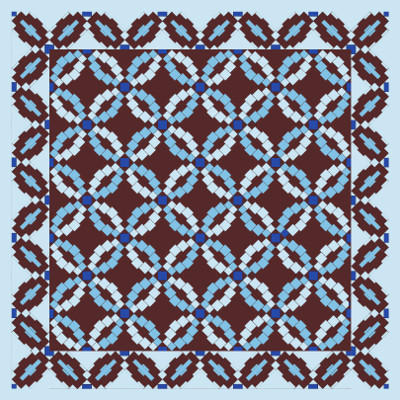 (I have a feeling this little pattern is going to become a new favorite of mine–I’m going to want to make a half dozen modified-double-wedding-ring quilts so that I can see how every variation looks in real life!)

So tell me, if someone offered you these options for a quilt, which would you choose? What colors would you go with?