I’d already told Daniel I wanted a c-section, but he paid me no mind. I told him that as I cried angry tears, frustrated that I couldn’t stop shaking.

Maybe it was the IV magnesium – they’d said it could give one the shakes – but I hadn’t had a problem with my first dose a week earlier. Maybe it was the cervidil that was attempting to ripen my cervix. Or maybe it was that my condition was rapidly deteriorating – the reason we were inducing at 32 weeks.

Whatever it was, I was weak and out-of-control and I knew that I would need a c-section.

Daniel, knowing how set on a vaginal delivery I’d been, ignored my emotional outbursts.

Then, around midnight, in a rare break from the shaking, I explained myself more rationally.

I was shaking uncontrollably. I couldn’t move my limbs because they were so full of fluid and because I was hooked up to so many monitors and IVs and catheters. I was weak from 8 days of hospitalized bed rest and a week and a half of modified bed rest before that. Between the preeclamptic visual disturbances (poor color vision and dancing lights) and the fluid filling my face, I could barely see. If I was this much of a mess before we’d even gotten my cervix ripened, there was no way I’d make it through Pitocin-induced contractions to deliver vaginally. 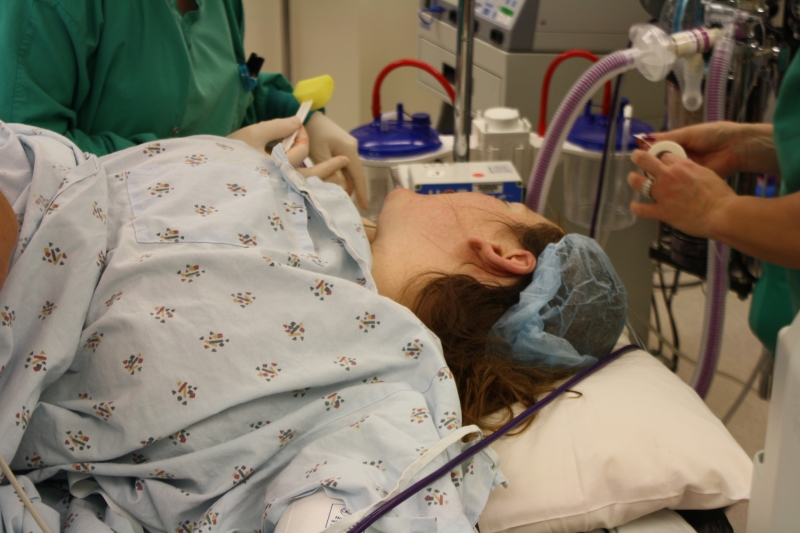 Hearing my calm explanation, Daniel agreed – we would ask for a c-section.

Dr. Tackett came in to check on me – and I told him our decision. He agreed that my request was reasonable. They’d prepare for a c-section.

I had no idea what to expect with a c-section. Until that day, I’d planned for a vaginal delivery. So everything was unfamiliar as they wheeled me into the operating room, made me drink a foul-tasting beverage to neutralize my stomach acid, and had me lie very still on my side while they administered the spinal block. 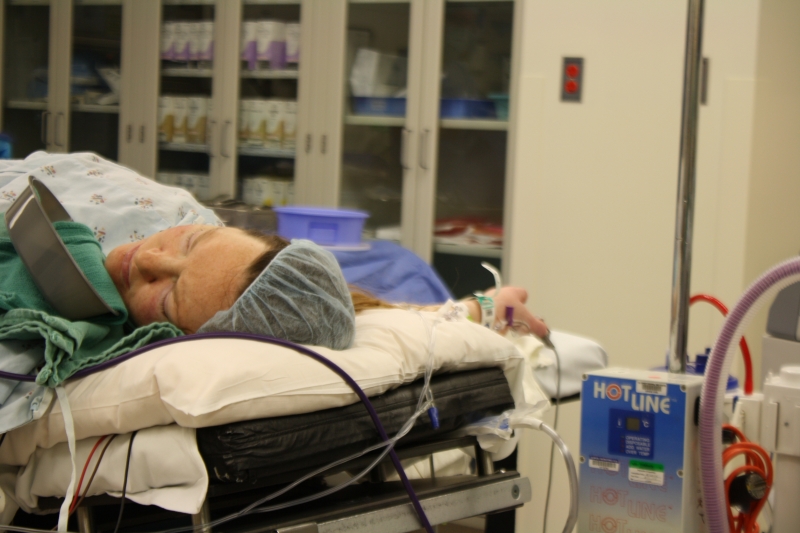 Daniel was there at my head, holding my hand and looking over the curtain along my chest to see the operation.

I felt tugging, I heard a gasp and Daniel asking “Is that the water breaking?”

No, Dr. Jensen replied, he hadn’t even cut into my uterus yet. The water was ascites – excess fluid in the abdominal cavity, indicating that my liver had shut down.

There was more tugging, and the announcement that it was a girl – followed by “And her umbilical cord is wrapped tightly around her neck twice.”

I was overwhelmed with thankfulness – thankful that our baby was born, thankful that we’d chosen a c-section instead of having an emergency one once she’d shown distress.

I don’t remember hearing her cry, but she had to have – I read it in her Apgar scoring when I was reading through her chart later on. I do remember Daniel announcing her name in response to one of the medical staff’s questions – she was Tirzah Mae Eloise. 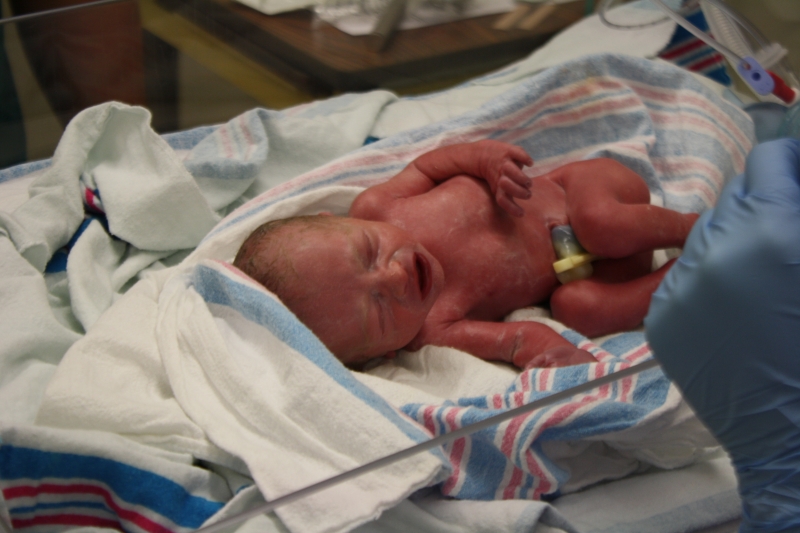 Then Dr. Jensen was telling me he was sewing me double tight so I can have that VBAC – and I was again overwhelmed with thankfulness . Thankful that we had a relationship with the doctor who did our c-section. Thankful that he knew our desire to deliver vaginally. Thankful that he believes in VBAC and has helped many women successfully have them.

They brought my daughter close so I could see her and touch her. Still weak and uncoordinated, I flailed my arms in her direction – and stuck my finger in her eye. 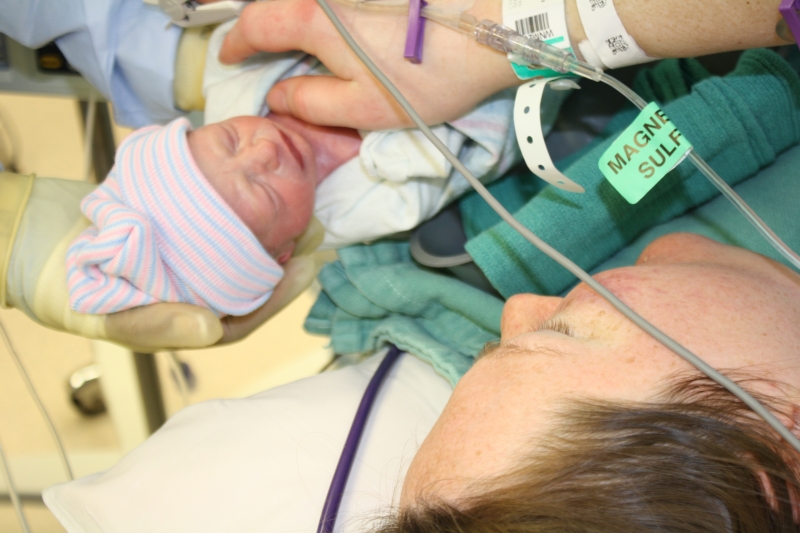 She was so tiny, so red, so clearly not supposed to be out of the womb. But she was alive – my daughter had been born.

“Daughter,” I told her. “I love you, my Tirzah Mae Eloise Garcia.”

They took her off to the NICU and wheeled my bed into the recovery room.

To be continued at a later date…