For the most part, Tirzah Mae and I have been reading board books by the same authors as we read last month – because, of course, her mother intends to read every book at our local library and working systematically from where we started seems the best route to take :-) 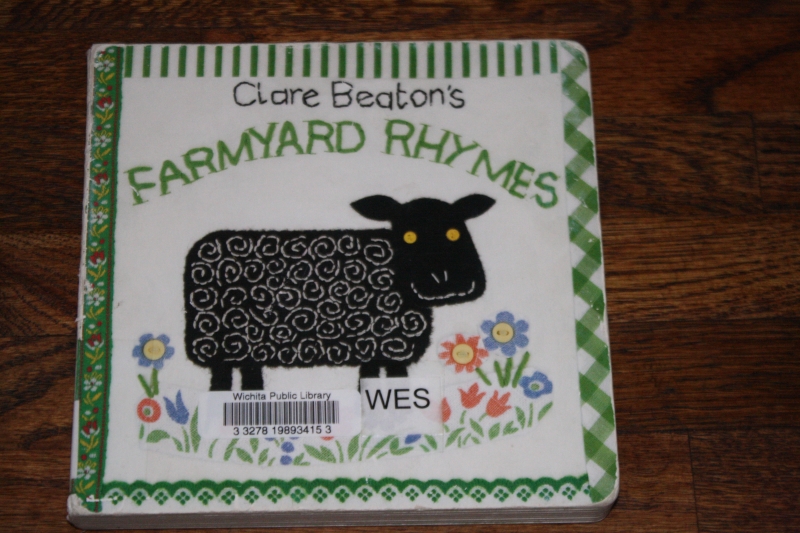 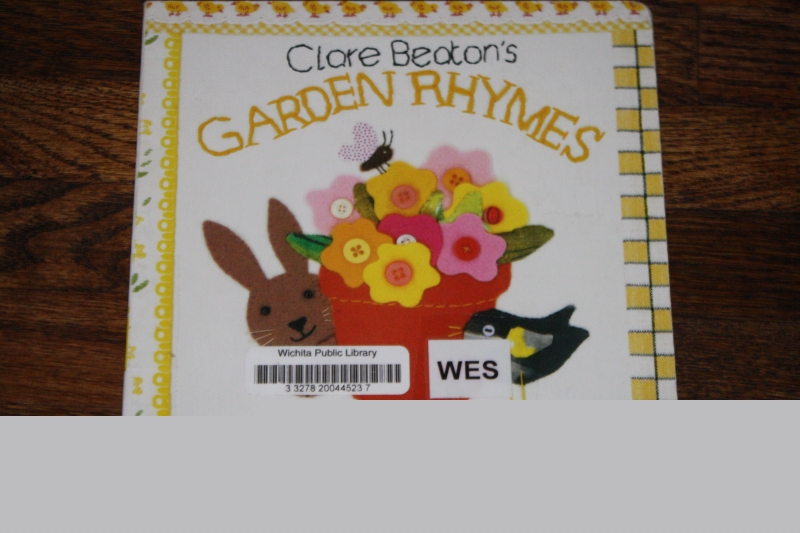 These are just like Clare Beaton’s Nursery Rhymes (which we read last month.) They have the same type of lovely embroidered and appliqued artwork accompanying familiar and unfamiliar rhymes. I would love to own copies of Clare Beaton’s books – Tirzah Mae likes the rhymes and I love the artwork.

Hide and Seek Harry Around the House by Kenny Harrison 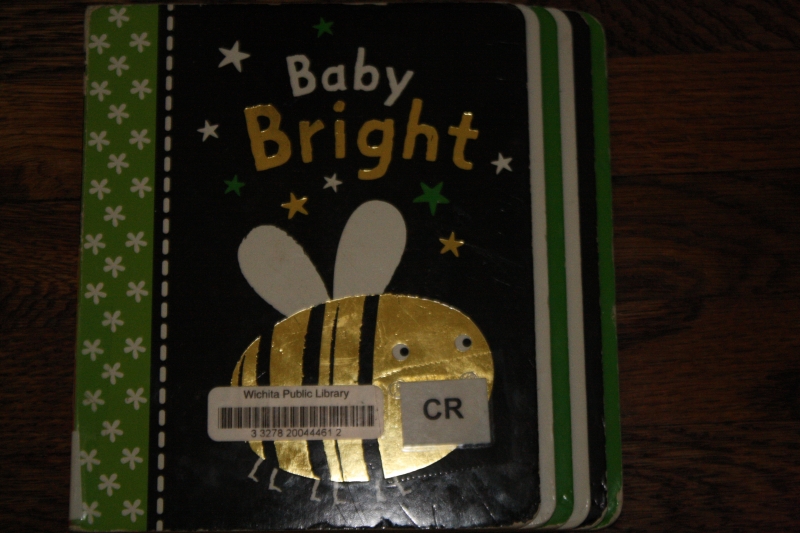 I found Baby Shine asinine last month, but I wouldn’t skip reading a book my library owns for such a small beef – so I requested Baby Bright to finish out the series. Baby Bright is green and yellow (Baby Shine had blue instead of yellow), black and white, but with gold leaf instead of Shine’s silver leaf. Tirzah Mae enjoyed the shimmering (again), and her mother found this title slightly less annoying – since at least every two page spread has a theme of sorts (mouse/cheese and owl/moon). Still. Ugh. 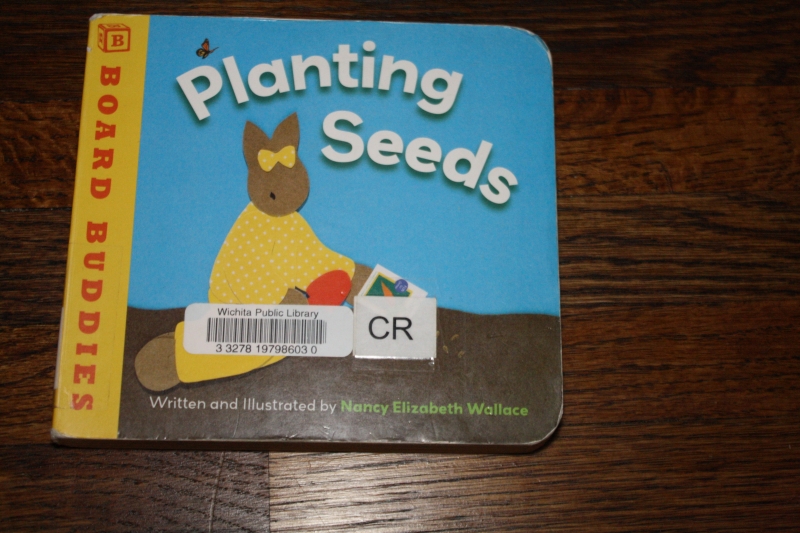 A simple counting book in which a family of brown bunnies take a garden from digging to eating. The illustrations are in cut paper and there are generally at least two different objects to count the appropriate number of (six bunnies, but also six visors and six dragonflies). I can see this one being quite a bit of fun once Tirzah Mae is ready to start learning to count – and once she understands what we’re doing when we’re gardening. For now? She isn’t tremendously impressed.

This book takes the prize for most annoying book read this month. A parent asks “Princess Baby” if she’s completed each step of her bedtime routine (always starting with “Princess Baby, did you…” The little girl replies that she has and the illustrations show her doing each step with her stuffed animals and dolls. Finally, the little girl falls asleep among her toys and her parents put her into her bed. Of course, she does all of this while wearing a glittery golden crown.

Where do I start? Can you think of any more annoying moniker than “Princess Baby”? I’m personally not a fan of calling little girls princesses. Yes, all little girls dream of being princesses, and it’s fine for parents to let them play that – but better that they know that isn’t who they actually are. Teach them that they’re valuable as who they are, right now. Anyway, I don’t like the “princess” thing. And that’s probably the bulk of why I don’t like this book. Yep. Just prejudice against princessing. You may think otherwise.

Where is Baby’s Belly Button?
and How Does Baby Feel? by Karen Katz 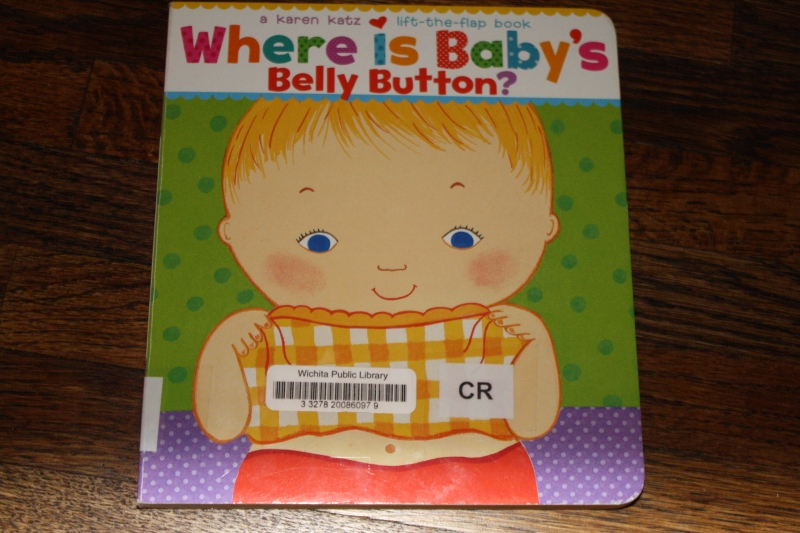 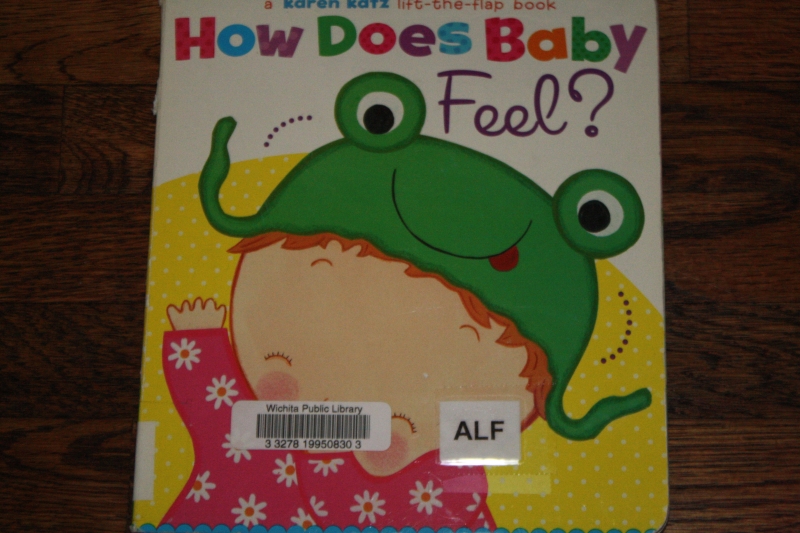 In Where is Baby’s Belly Button?, each double page spread asks where a certain body part of baby’s is – and then the reader lifts a flap to reveal that body part along with a few more words. So “Where is baby’s mouth?” has a fold down sippy cup with the words “Behind the cup!” on the opposite side of the flap. Tirzah Mae loved the repetition of this book, especially since she’s familiar with the cadence of mama’s voice playing peekaboo. I enjoyed reading it to her, but didn’t exactly enjoy trying to keep her from ripping the flimsy cardstock weight flaps.

How Does Baby Feel? describes a picture on one page (“Baby is yawning”) and asks “How does baby feel?” When the reader lifts a flap, she reveals that baby feels… “Sleepy.” I had the same complaints about flimsy cardstock with this one – and it had less cadence and familiarity, so Tirzah Mae didn’t enjoy it as much as Where is Baby’s Belly Button?

Up Close by Gay Wegerif 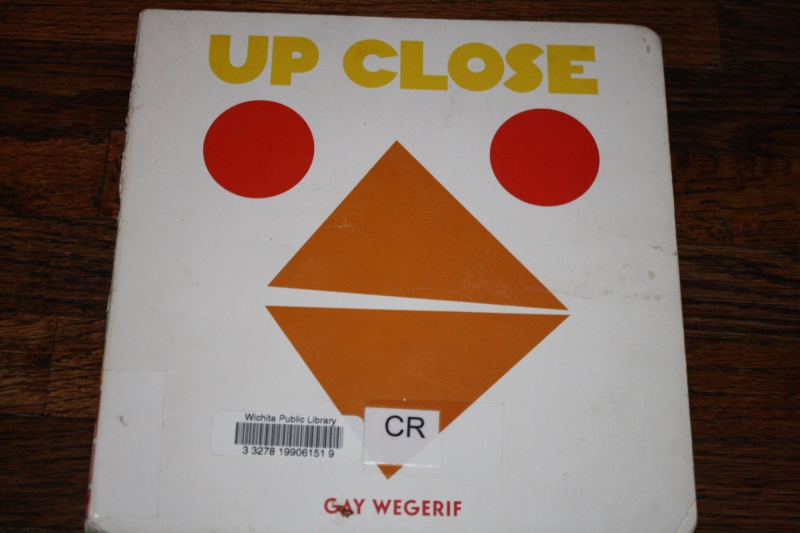 A bigger than usual board book, this one has a format similar to that above except that instead of lifting flaps, one turns the page. The first two page spread states “Up Close, I see your [body feature]. You are a…” and the second declares what the animal is, accompanied by a zoomed out graphic of that animal. Problem is, the simple geometric shapes making up both the “up close” and the zoomed out images are so simplified as to be unrecognizable (most of the time.) This is an artsy book, but not one that’s particularly worthwhile for kids (in my opinion.) Tirzah Mae liked the shapes and colors though.

Black on White and
White on Black by Tana Hoban

Also in the artsy realm, these two wordless books contain black and white outlines of familiar and unfamiliar objects. A bib. A leaf. A bucket. A sailboat. A necklace. A bird. They’re visually interesting but don’t have a whole lot to talk about. 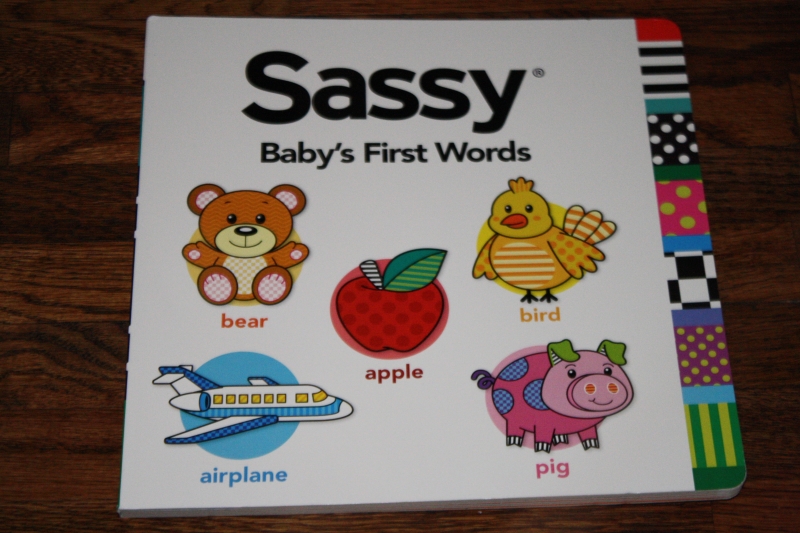 We got this book thanks to Dolly Parton’s Imagination Library and enjoyed talking about all the things we saw inside. A farmyard complete with animals and tractors and barns and haystacks. A highway running along a canal with a train track nearby and planes flying above. A picnic with a variety of food items. This was a hit with both Tirzah Mae and her mother.

Check out what other families are reading aloud at Read Aloud Thursday at Hope is the Word.