Daniel had fond memories of his grandmother’s baked beans – but every time he had tried baked beans from a can or a restaurant, he was disappointed.

A wife has two options when faced with such a problem. She can see it as a challenge and set out to make some baked beans her husband will love – or she can assume she can never win and just opt to not make baked beans.

I chose the latter.

Until February of 2015 when I decided to cook my way through Farmer Boy for Barbara’s Laura Ingalls Wilder Reading Challenge. 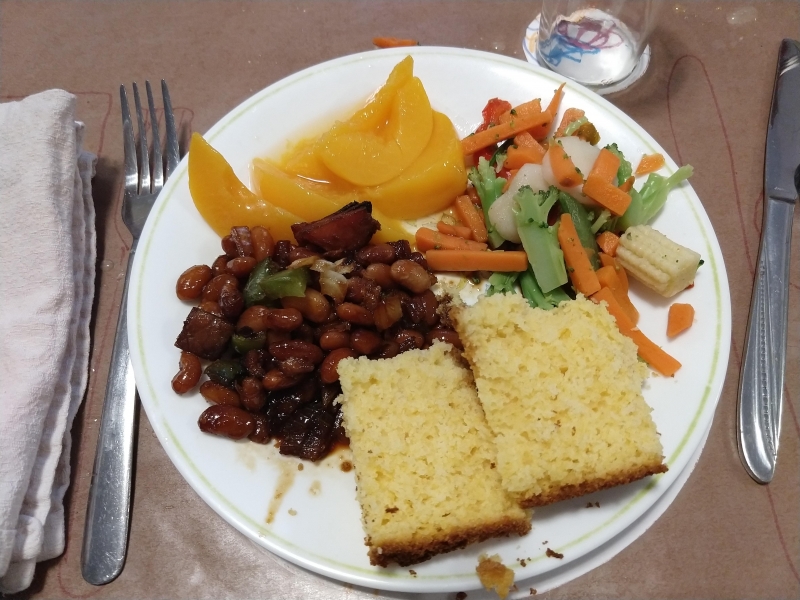 I made baked beans using Mother Wilder’s technique – and Daniel liked them quite a lot.

Since then, with only a few modifications, I’ve been making them almost every month.

“In the pantry Mother was filling the six-quart pan with boiled beans, putting in onions and peppers and the piece of fat pork, and pouring scrolls of molasses over all. Then Almanzo saw her open the flour barrels. She flung rye flour and cornmeal into the big yellow crock, and stirred in milk and eggs and things, and poured the big baking-pan full of the yellow-gray rye’n’injun dough.

‘You fetch the rye’n’injun, Almanzo; don’t spill it,’ she said. She snatched up the pan of beans and Almanzo followed more slowly with the heavy pan of rye’n’injun. Father opened the big doors of the oven in the heater, and Mother slid the beans and the bread inside. They would slowly bake there, till Sunday dinner-time” 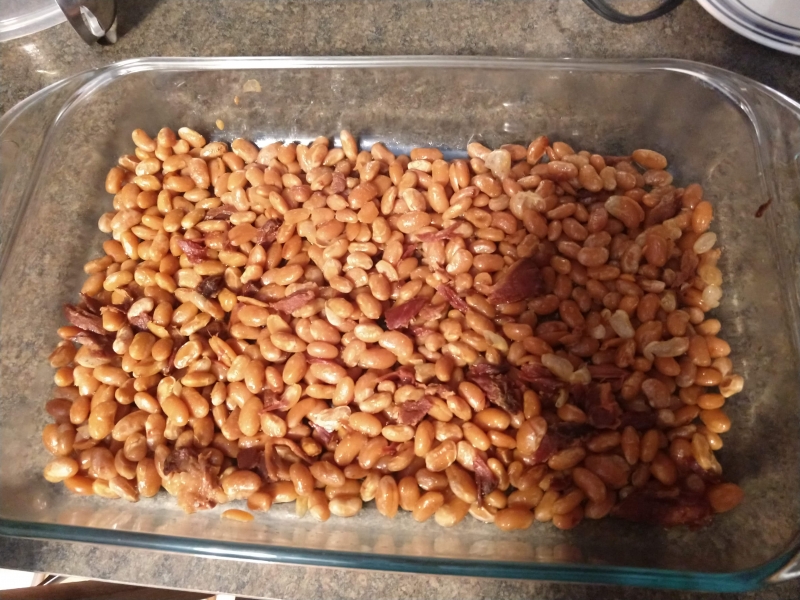 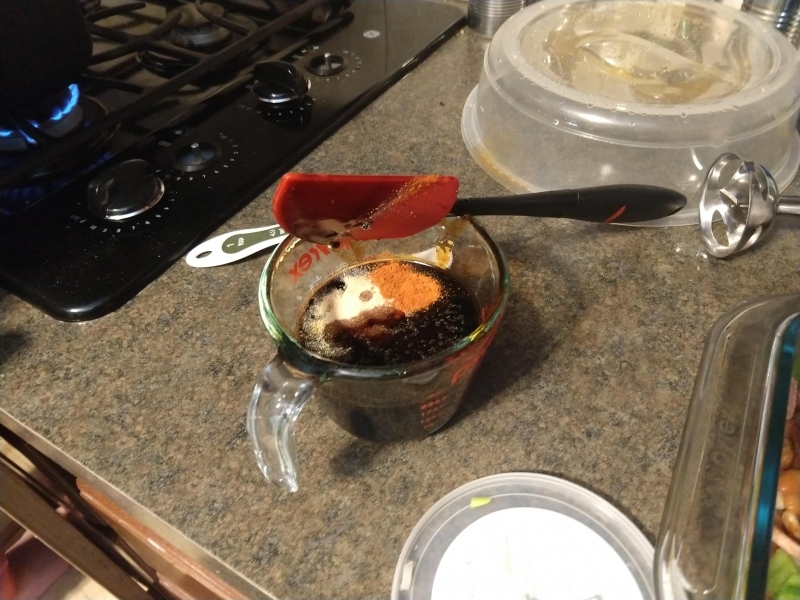 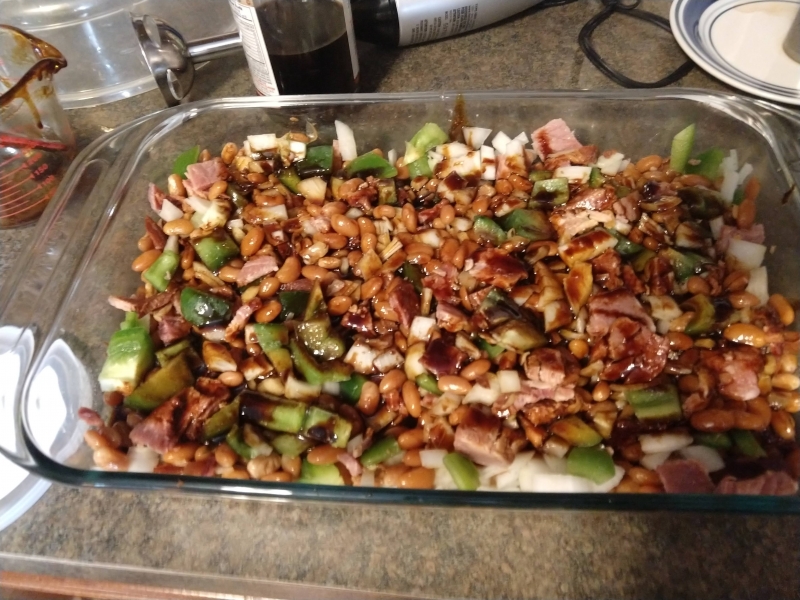 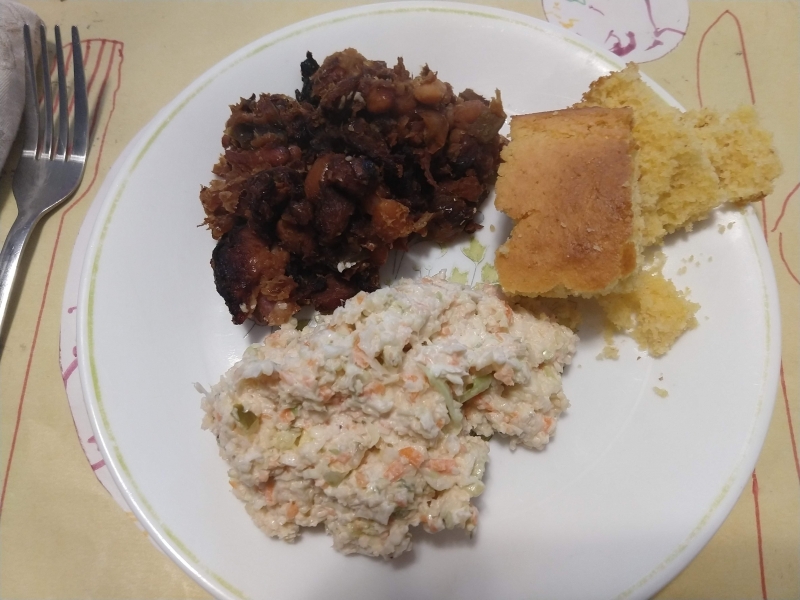