I have finally managed to NOT almost forget a Nightstand–but I still almost missed it, thanks to whatever was going on with my database queries (still have no idea but crossing my fingers that my “fixes” will work).

But I didn’t forget it–or miss it. Instead, I’ve a whole huge collection of books to share from when I last updated you on my status (that is, since January 15).

This month I read: 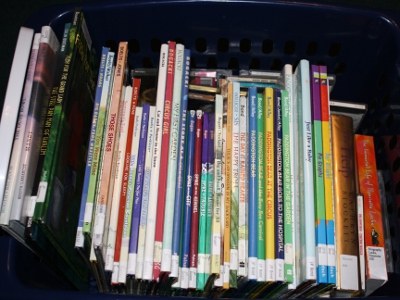 I just renewed a passel of books this last week–so my Nightstand is loaded with just under three weeks to go before I have to return them all.