The section was scheduled for 3:30 pm. Preparations began.

But first, I needed to get into a hospital gown.

So far, I had refused a hospital gown every time, opting to wear my own robe (for admission and overnights) or my own honest-to-goodness clothes (for days). Wearing my own clothes made me feel human, made me feel autonomous, made me feel myself.

Now, though, I was preparing for what was, for me, the least human, least autonomous, least ME procedure.

I was preparing for a repeat c-section.

And the nurse was waiting for me to change into a hospital gown. 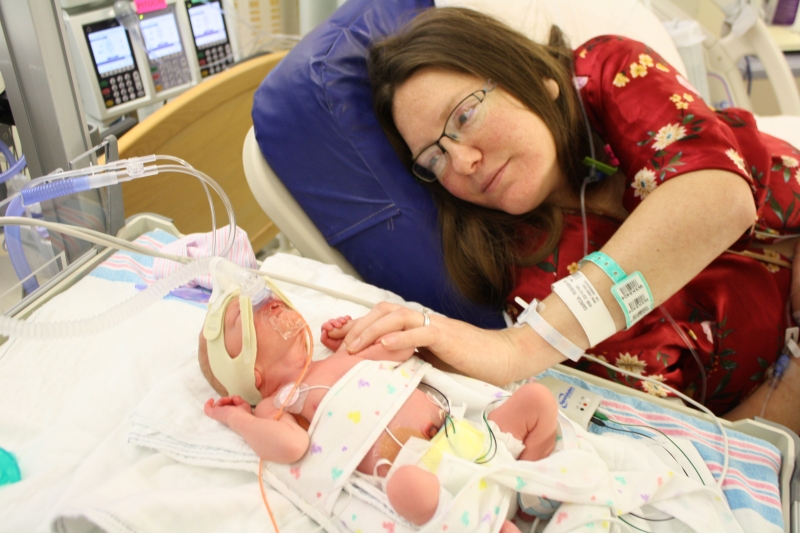 I briefly considered whether it was worth it to fight.

My carefully crafted birth plan, intended for my VBAC attempt, was worthless at this point.

I had worked so hard to be reasonable in my birth plan. I gave my wishes, yes, accepting that there were circumstances under which those wouldn’t be possible or reasonable. Even as I wrote of the interventions I didn’t want, I could think of at least one scenario in which I would accept each one. My biggest request was that I be involved in every step of the process. I wasn’t going to give blanket consent to anything. I wanted to give my own consent every time a line was placed, a medication given, a monitor hooked on.

The hospital gown was not.

I decided to hold my ground.

I was going to wear my own robe.

My nurse pushed back. “I don’t want to ruin your beautiful robe,” she said. “It’s not going to make it out of the c-section in any condition to wear it again.”

“That’s fine.” I insisted. “I bought this robe for 99 cents at a used store ten years ago. It’s served me well. I don’t care if it’s ruined.”

After a couple more almost identical back and forths, she relented. I would keep my robe on.

They wheeled me into the operating room and the first thing I heard was another nurse calling out, “Somebody get this woman a gown.”

She was peeved, it seemed, that no one had bothered to properly prepare me for surgery.

But my nurse stood firm. “She doesn’t want to wear a gown. She’s quite adamant on that point.”

The anesthetist gave a sigh. “I need to access her back,” she told my nurse. “I need a sterile field to place the spinal.”

I chose to ignore how the anesthetist had been acting as if I weren’t there, weren’t my own person.

I was my own person. That was exactly what the robe represented to me at that point.

I spoke directly to the anesthetist. “Cut it.”

“But, but, your beautiful robe.”

I was wearing this robe to surgery, one way or another. The robe was of no import – being able to wear it was of the highest import. 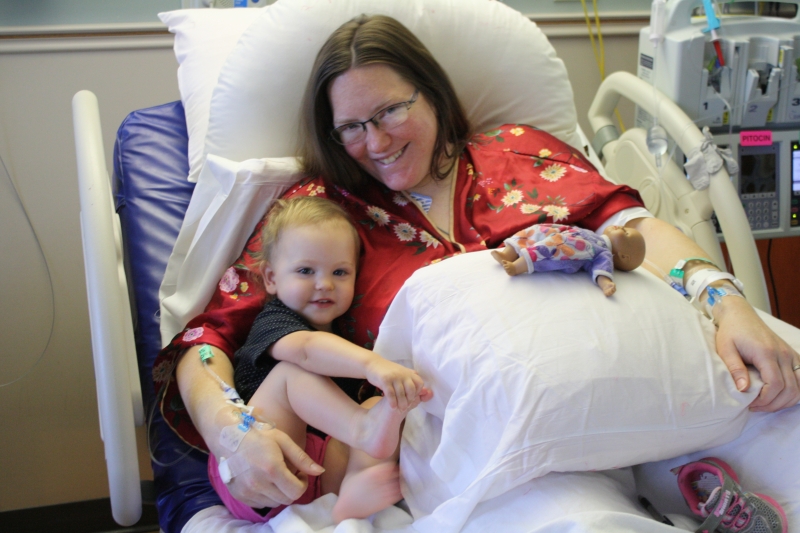 My nurse found some scissors, lifted the back of my robe. “I’m trying to cut as straight and as careful as I can. Maybe you can sew it back up after you’re done.”

I appreciated the effort, but it really wasn’t important. I’d already said that I didn’t care whether the robe was ruined. I really didn’t. The important thing was that somehow, in this birth that was so far from what I wanted, I remain me. The robe let me do that.

I’m sure it’s difficult, on the other side of the operating table, to understand why patients make what seem like such unreasonable demands.

How difficult is it to put on a hospital gown? Not at all. Why can’t she just do as she’s told, follow procedures? Doesn’t she understand how difficult it is to work around a robe that doesn’t have access to the back?

No, I didn’t understand, until you told my nurse, how valuable access to my back is for you.

But please, try to understand my side.

For you, this is just another day at work, albeit one in which you’re dealing with a difficult patient. For me, this is a day when something I’ve been working for for the past 20 months slips from my hands. This is a day when my life is in danger, my baby’s life in danger. When I’m forced to deliver my baby six weeks early via surgery.

She may never know (but I do) what a difference a robe makes.

3 thoughts on “The Difference a Robe Makes”