Tirzah Mae has been on a major doll kick these past couple of months (which I almost took as a harbinger of baby’s coming – the last time she went on a kick like this was a week before Louis was born!) She’s been naming the dollies, getting out every rag in the house to use as dolly’s diapers, feeding dollies with the loose breastmilk storage bottles that seem to have only multiplied in captivity.

So it made sense to me that Tirzah Mae’s birthday gift from us should have something to do with dollies. My original thought was to buy her a nice medium-sized dolly that would be easy to dress (we currently own a ginormous doll – as big as either Tirzah Mae and Louis were at three to six months – and a tiny doll, neither of which are particularly dressable for little hands.) So I’d buy her a nice doll and make her a bunch of outfits to go along with it. It’s the sort of gift my mom gave us as kids. But the uncertainty of the new baby coming made me wary of trying a big sewing project. 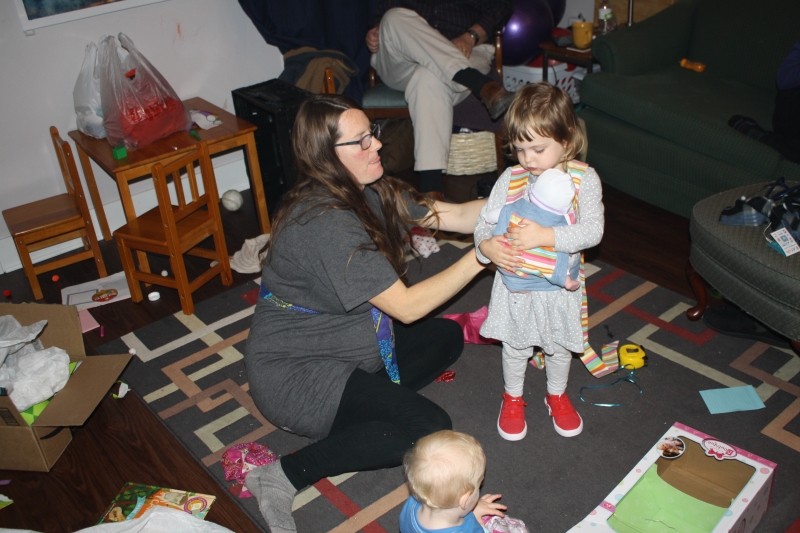 I handed the doll and outfits idea off to grandma and decided I’d do some accessories instead – accessories that I wouldn’t have to size perfectly.

A “pouch” fit the bill exactly. And so I whipped up a quick mei tei using this simple tutorial.

And when that seemed a bit skimpy as a gift (but the energy of making something complex seemed even more insurmountable), I threw together some strips of fabric into a foundation-pieced string quilt and made it into a self-binding dolly blanket (using this tutorial for instructions and this one when I got stumped at the corners.) 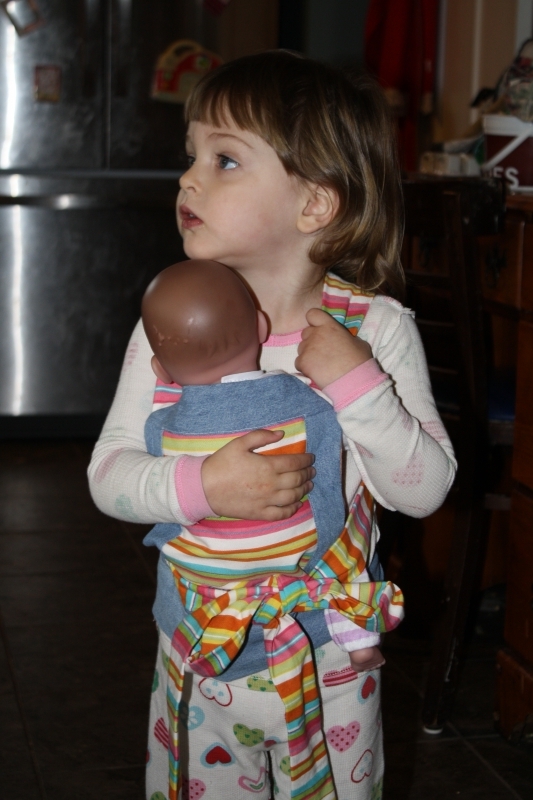 It isn’t the grand gift I’d imagined, but I think dolly’s new “pouch” and blankie will do just fine.